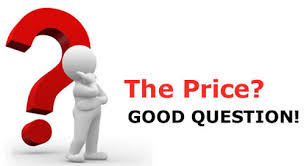 In the economical range there are two kinds of profiles.

Examples are SkyPen from Karachi and Pamo from Lahore

Examples are Henan Beidi from china

In the economical pvc windows range, price of upvc windows is about 650 Rs per square feet with clear or transparent glass.

In the premium upvc windows price range comprises on the upvc material or profiles imported from European countries like Turkey, Belgium and Germany

Example of premium high quality upvc profile is Deceuninck. This is in world top 3 companies and based in Belgium

Price of glass in the upvc windows is constant. So either you use a economical upvc window or a high quality premium imported pvc profile from Europe, it will cost you the same. But this is generally true for the A Grade Local glass.

Although the building material prices in the last two year in general have increased about 10 % to 20 % , but the upvc windows price is mostly constant because of ever increasing competition between the existing, new and emerging upvc windows supplier companies.

At the same time, there are some providers which are providing upvc windows cheaper than aluminum windows. Buyers need to be very careful when buying on such prices as in most cases suppliers have cut corners to reduce cost which are essential items. Once example of which is not putting steel reinforcement in the upvc frames.